Not much was expected of the Ottawa Senators for the 2021 shortened season but they showed they are a team looking to contend for a playoff spot next season.

The Senators have some great young core players like Brady Tkachuk, Thomas Chabot, Tim Stützle and if Matt Murray can find his groove, they have a solid #1 goalie.

NHL Trade Rumors going around have the Senators willing to move up or down in the draft, or just trading their #1 pick this year. If they trade the pick, which is #10 overall, they will want a player that can make an impact now.

If the Sens do go the route of trading their 2021 first round pick in this years draft, who do they target? Sam Reinhart would be an ideal trade candidate. He is a proven player, young and can put up points. NHL Rumors had the Buffalo Sabres listening to offers for Reinhart at the NHL trade deadline.

If Ottawa is serious about contending for a playoff spot, you can expect them to be active this off-season. 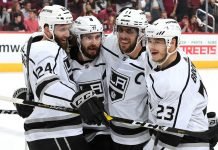 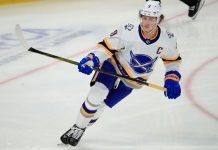