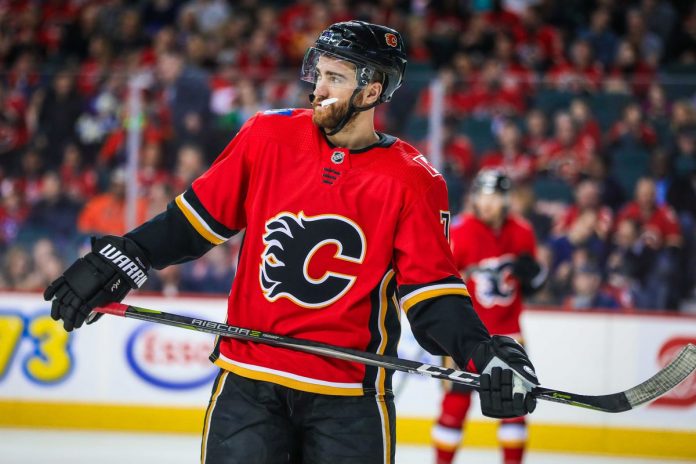 TSN: Darren Dreger reports that Calgary Flames GM Brad Treliving’s desire to further improve his club’s roster, though a move is not believed to be imminent but he is searching.

Dreger reported the Flames have had contract talks with T.J. Brodie, but a deal with Brodie is not believed to be close.

The Flames explored trading Brodie in the off-season, as a deal with the New Jersey Devils prior to the NHL Draft fell through. Soon after, Brodie was almost traded to the Toronto Maple Leafs in a move for Nazem Kadri, who elected not to waive his no-trade clause for Calgary and was ultimately dealt to the Colorado Avalanche.

Treliving could again examine the trade market for Brodie, if he hasn’t already, and if the Flames are unable to get Brodie locked up to an extension or feel a deal is unlikely, they could up their efforts to move him.

Brodie does, however, own an eight-team no-trade clause, and will have some say in where he ends up, if dealt.