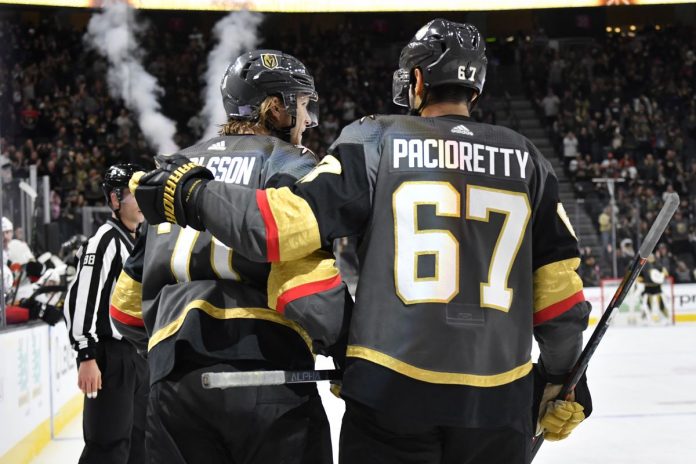 Las Vegas Sun: The Vegas Golden Knights have struggled this season and they are looking to make a trade.

The Golden Knights have top-end forwards, forward depth, defensive depth and a future Hall of Fame goalie. What they haven’t had in three seasons is a Norris caliber defenseman.

Could the Golden Knights get a top defenseman at the NHL trade deadline? There aren’t many options.

Alex Pietrangelo is in the last year of his contract but the St. Louis Blues aren’t going to trade their captain while hunting for a second straight Cup. Jared Spurgeon of the Minnesota Wild and Justin Faulk of the Blues may be a tier down, but they were intriguing possibilities this summer before signing long-term extensions.

If the Golden Knights make a splash at the trade deadline — and they have the last two years — it will most likely be for a defenseman. They are tight against the salary cap, so if they want to land a big fish, it is likely a forward will be traded.

Taylor Hall will be traded, but when?

TSN: Pierre LeBrun is reporting that the New Jersey Devils have started to listen from teams on the possibility of acquiring forward Taylor Hall.

LeBrun says it doesn’t mean that they will for sure trade him but given the team’s place in the standings and the magnitude of a potential deal, Devils GM Ray Shero is now in listening mode.

If and when Hall is dealt, LeBrun also expects a potential deal to have a conditional nature to it so that if Hall re-signs with his new club, there will additional asset(s).