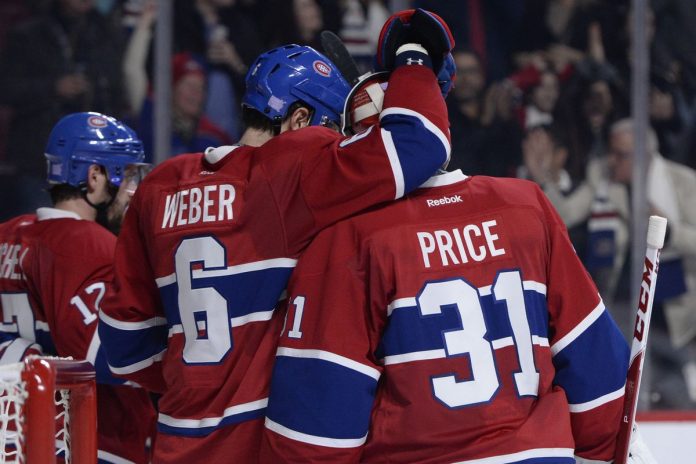 Are the Montreal Canadiens looking to make a big trade?

Montreal Gazette: Stu Cowan reports the Montreal Canadiens have $8.223 million in salary-cap space, which isn’t making Claude Julien’s job any easier. With the possibility of the Canadiens missing the playoffs for a third straight season and the fourth time in five years, does GM Marc Bergevin try to make a big trade, giving up prospects, to give his team — and Julien — a better chance? Or will it soon be time to start thinking about shopping Carey Price and captain Shea Weber for more young players and start a rebuild — a word Bergevin has refused to use — for the future?

Price, 32, made it very clear at the end of last season that his window to win a Stanley Cup is getting smaller and “I really want to win — more than ever.” A Stanley Cup is the only thing missing from Price’s resumé and it’s something Weber, 34, also hasn’t won.

The way this Canadiens team looks, they’re nowhere close to winning a Cup and you wonder if Price might be getting frustrated.

Buffalo Sabres looking to ship out a defenceman for a Forward

The Sabres are likely looking for forward help, but all three have significant salary and Miller has another two years left at $3.875 M AAV.

The Sabres started off the season hot, just like last year but now are out of the playoffs and management does not want to miss the playoffs once again this year.