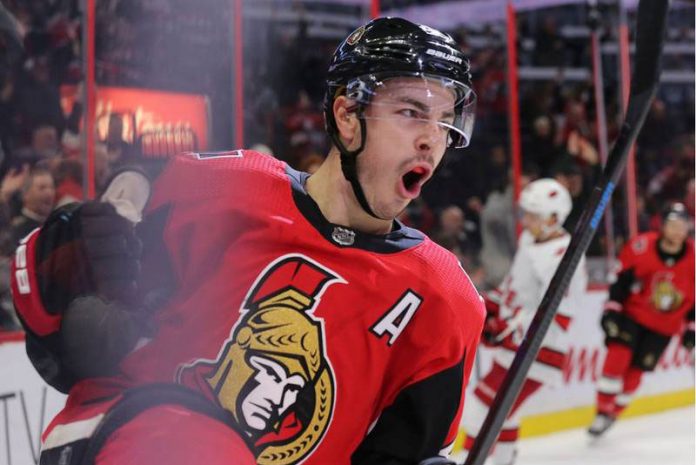 What will the Nashville Predators do with Kyle Turris?

The Hockey News: Kyle Turris has been a healthy scratch the past three games. Turris is unhappy, would like to be traded but will the Nashville Predators trade him as the return would not be that great.

Ahead of this season, and after the disappointment of last, there were no shortage of reports that Turris was trade fodder. A promising 10-points-in-10-games performance that saw him captain Canada to silver at the World Championship, however, quelled some of that talk and had some believing his presence on the Predators roster to open the season meant he was going to be given the chance to bounce back.

With Turris consistently out of the lineup and coach Peter Laviolette seemingly possessing little-to-no interest in reinserting the pivot back into the lineup, one imagines GM David Poile would be amenable to the idea of re-homing the 30-year-old center if for no other reason than to get some salary cap relief. Turris’ $6-million cap hit – on a deal he is less than two seasons into – is tied for the third-highest cap hit among all Predators forwards.

The Edmonton Oilers are seeking a 3rd line center. Jean-Gabriel Pageau would fit well in the Oilers line-up. The issue is Pageau is having a career year and the Ottawa Senators will be asking for a lot if a team wants Pageau.

The Oilers are desperate to make the playoffs after a single appearance since 2006 and unlikely to break up centers Leon Draisaitl and Connor McDavid from the same line.

The New York Islanders have the cap space to take on Pageau’s deal, which has an average annual value of $3.1 million. Seeing as ex-Senator Derick Brassard is better suited to play wing in a top-six capacity instead of at center in a defensive role, it makes sense for the Islanders to pursue some additional, secondary scoring depth.

With Pageau’s stock at a all-time high, it is time for GM Pierre Dorian to make a trade soon before Pageau goes into a slump or worse, gets injured.