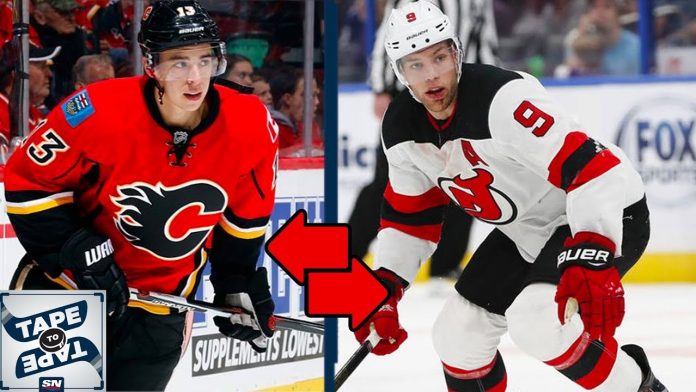 Are the Toronto Maple Leafs looking for a backup goalie?

Toronto Star: The Toronto Maple Leafs will likely have Kasimir Kaskisuo play a few games and decide if the team needs to make a trade for a backup goalie.

Keven McGran reports he’d give it until Christmas. The Pittsburgh Penguins have an extra goalie and are looking for forwards. The Leafs have extra forwards and might look for a goalie.

The salary cap restraints on the Leafs are tight, but Tristan Jarry at $675,000 would fit. The price? One of the Leafs fourth-liners or scratches, I’d imagine. But even so, the new system might benefit the goalies, so Kaskisuo should get a decent look, and maybe even a second look at Michael Hutchinson might be warranted before any trades happen.

Would the Calgary Flames make a trade for Taylor Hall?

If the Calgary Flames knew they could sign Hall to an extension, would they move Johnny Gaudreau (five goals, 18 assists, 23 points in 25 games and with a cap hit of $6.75 million per through 2021-22) for the pending free agent?

Would the Devils make that deal, or would Shero seek a more traditional rental return (first-rounder, prospect, et al) for Hall at the NHL trade deadline?