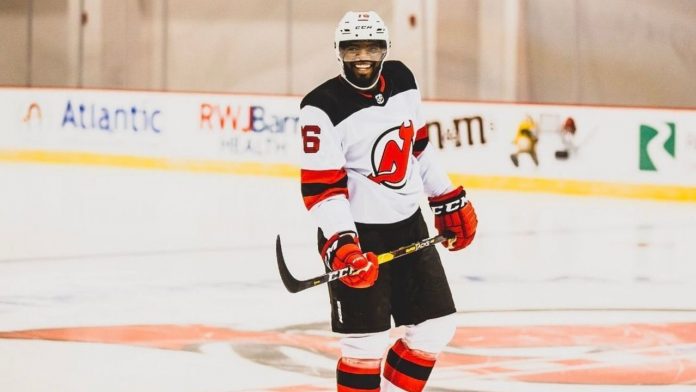 Will the New Jersey Devils look at trading P.K. Subban?

The NHL season has not gone as planned for the New Jersey Devils. They were projected to fight for a playoff spot. Now they are fighting for the 1st overall pick for the 2020-2021 NHL season.

Most NHL trade rumors out of New Jersey are for Taylor Hall, but with the way the team is playing, maybe it is time to look at trading P.K. Subban.

Subban, 30, has had a brutal start with the Devils. 5 points in 29 games to go along with an awful -15 rating, not the start he has wanted or the Devils.

Subban makes $9M/year and still has two more years left before his contract expires. The Devils would likely make a trade if someone would take on the contract. What is most likely to happen, is the Devils getting a draft pick and eating part of Subban’s contract for a trade to happen.

For Subban to turn things around, he has to stop thinking of himself, wanting cameras to find him and Lindsey Vonn when he is not playing and just focus on the hockey season. This is proving to be very tough for him, as Subban loves the spotlight. Maybe he needs a change of scenery in a small market like Minnesota, Carolina, Arizona or Florida?