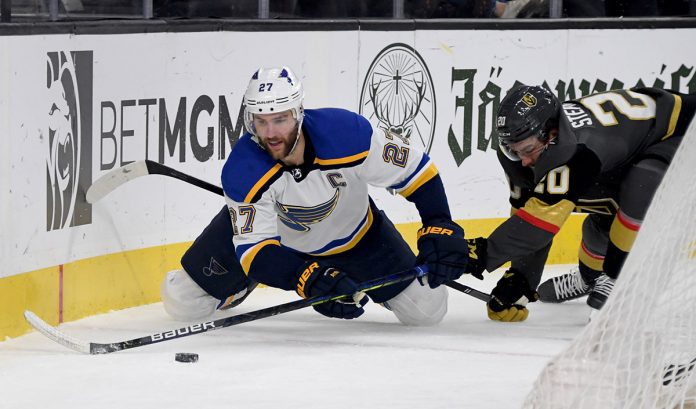 David Schoen of the Las Vegas review reports that the Vegas Golden Knights will aggressively pursue Alex Pietrangelo if he’s available starting Oct. 9 and then perform the necessary salary cap gymnastics to fit in a player of his caliber.

The St. Louis Blues are pushed against the salary cap and offered the maximum eight years with an $8 million average annual value, according to St. Louis media. Pietrangelo’s reported asking price is more than $9 million per season.

Thanks to Golden Knights owner Bill Foley’s financial clout and dogged pursuit of a Stanley Cup, the Knights are one of the few teams willing to spend to the salary cap ceiling during the pandemic.

Pietrangelo, 30, finished fourth in the voting for the Norris Trophy as the league’s best defenseman and posted a career-high 16 goals with 52 points.

The Ottawa Senators are shopping their three first round draft picks

Bruce Garrioch of the Ottawa Sun reports with three picks in the first round — including the No. 3, No. 5 and No. 28 selections — along with 13 overall, GM Pierre Dorion is open for business and is listening to all offers in an attempt to bolster the roster.

The Senators need depth up front and Ottawa has been digging around on the goalie market this off-season. There are a number of options available with the likes of Carolina’s Petr Mrazak or James Reimer, Toronto’s Frederik Anderson, Pittsburgh’s Matt Murray and Arizona’s Darcy Kuemper available. The Senators likely don’t want a long-term solution because they’ve got six goalies in the organization.