This is just a NHL Expansion prediction for the 2017 – 18 season. Remember this is just a fantasy prediction and who knows what the NHL will exactly do when expansion happens on divisional realignment?

The addition of two expansion teams to the NHL requires divisional realignment. With one east team ( Quebec Nordiques) and one west team (Las Vegas Black Knights), the divisions in the East and West are still uneven with 15 teams in the East and 17 in the West.

Here is the proposal for the four, eight-team divisions:

The biggest change is an all-Canadian division that spans three time zones, creating a distinct disadvantage in terms of travel. This is great for Canadian NHL fans, but the extra cost of travel could be an issue.

In a league of 32, teams will play divisional opponents four times each, twice at home and twice on the road. Every three years, teams from one division will play teams from another division three times, while meeting clubs from the other two divisions in one series of home-and-home games. As a result, the regular season would need to be bumped to 84 games.

Browse to our Fantasy Hockey Predictions and news section for more NHL Predictions. 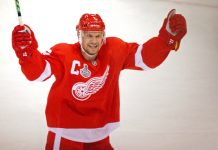 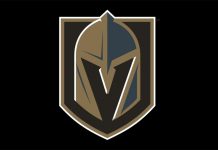 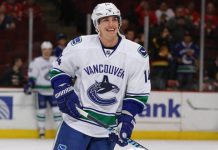