The Detroit Red Wings announced that they have signed goaltender Jimmy Howard to a six-year contract.

“We’re extremely pleased to have Jimmy under contract for the next six seasons,” said Holland. “He’s entering the prime of his career and over the last four years has gained a tremendous amount of regular season and postseason experience. He’s developed into a top-tier NHL goaltender and is a very important part of our team moving forward. Jimmy is one of our leaders and we look forward to watching him elevate his game to the next level in a Red Wings sweater.”

The 29-year-old netminder had a chance to explore free agency this summer, but told the Detroit Free Press last week that he never considered taking that route. 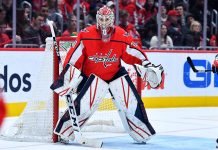 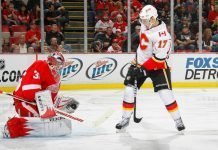 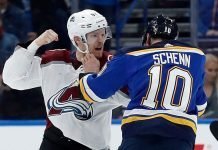