With the offseason signings of Robert Thomas and Jordan Kyrou and a handful of other players with big Blues salary cap hits, can the St. Louis Blues afford to re-sign Ryan O’Reilly next season?

The Blues are already at a $67 million cap hit next season with 13 players signed to deals. That leaves just under $16 million in available cap space to sign 8 players next offseason.

Will Ryan O’Reilly re-sign or test the free agent market?

The St. Louis Blues will not be able to afford his current cap hit of $7.5 million. He will likely have to take a pay cut if he wants to remain a Blue and take a salary of $4-5 million/year.

If O’Reilly is seeking another big pay day, he likely will test the free agent market and see what other teams may offer him.

What is Ryan O’Reilly saying about his contract status

Lou Korac of NHL.com reports Ryan O’Reilly would like to remain a St. Louis Blue but not for a cheap hometown discount.

If no contract extension was agreed upon this offseason, it is likely the player and team management are not on agreement for a new contract. It is looking like O’Reilly will be another casualty of the salary cap and will likely be playing for another team next season. 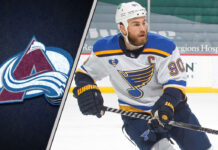 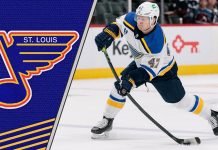 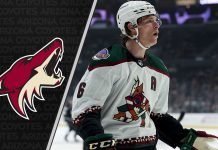