The Florida Panthers have signed goalie Spencer Knight to a 3-year contract extension worth $13.5 million. The contract will have a $4.5 million Panthers salary cap hit starting next season.

Knight’s new contract means Florida will have $14.5 million in salary cap space allocated towards goaltenders from 2023-2026. Sergei Bobrovsky has a salary cap hit of $10 million/year.

What does management think of Spencer Knight?

What will the Florida Panthers do with Sergei Bobrovsky?

NHL trade rumors floated around the 2022 NHL Draft that Panthers management were looking to make a Sergei Bobrovsky trade.

Nick Kypreos had reported that Florida was willing to eat half of Bobrovsky’s salary to facilitate a trade.

With most teams maxed out on cap space, a Bobrovsky trade might not happen until the NHL trade deadline 2023 or not at all.

Spencer Knight does not have a no-trade clause in his new contract which in theory could make him easier to trade now that he is signed long-term if the Panthers cannot find a trade partner for Bobrovsky. 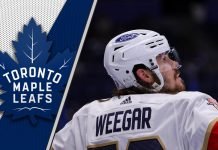 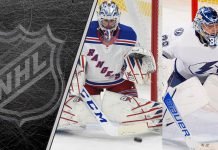 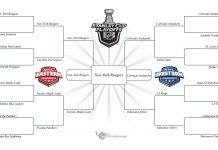