It is looking like the salary cap will cost the Dallas Stars a good defenceman next summer. John Klingberg will be an UFA and he is looking for a big pay day.

Jeff Marek was on the 32 Thoughts segment of Hockey Night in Canada and he reports with the three big offseason signings of Dougie Hamilton, Seth Jones and Darnell Nurse, John Klingberg is looking for an eight-year contract in the $65 million range or just over an AVV of $8 million per year.

Marek went on to say, Klingberg wants to remain a member of the Dallas Stars but with defenceman Miro Heiskanen, Ryan Suter and Esa Lindell already signed to long-term deals, the Stars will likely not be able to fit Klingberg’s asking salary.

If the Stars are out of a playoff position by the NHL Trade Deadline 2022, he will likely be traded to a contending team for draft picks or top prospects. 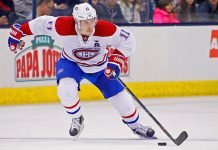