Vincent Lecavalier has agreed to a deal with the Philadelphia Flyers that will be a five-year, $22.5 million contract.

The contract will also include a full no-movement clause.

Lecavalier became a free agent this off-season after Tampa used a compliance buyout to eliminate his $7.727 million salary cap hit through the 2019-20 season.

The 33-year-old scored 10 goals and added 22 assists in 39 games last season for the Lightning. 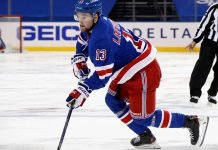 Is Alexis Lafrenière the next Nail Yakupov? 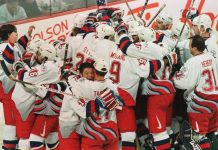 September 14: This Day in NHL History 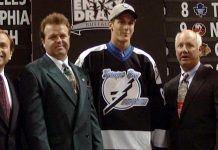 June 27: This Day in NHL History