The Buffalo Sabres got unwelcome news when they learned defenceman Tyler Myers will miss the remainder of the season with a broken bone in his leg.

Myers injured his leg in a 5-1 loss to the Montreal Canadiens. He blocked a shot late in the game off of PK Subban but it didn’t appear to faze him. The Canadiens eventually scored on the play and Myers didn’t play another shift.

The former Calder Trophy winner had three goals and five assists in 39 games this season.

With seven games remaining in the regular season and their playoff hopes in danger, the Sabres sit 11th in the Eastern Conference and host the Flyers and Lightning this weekend.

Tyler Myers out with Broken Leg 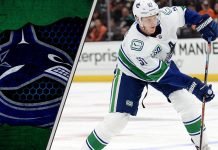 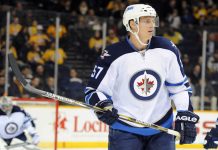 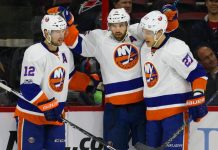