A native of Ceske Budejovice, Czech Republic, Sedlak represented his country at the 2012 and 2013 IIHF World Junior Championships. 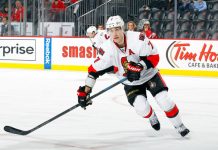