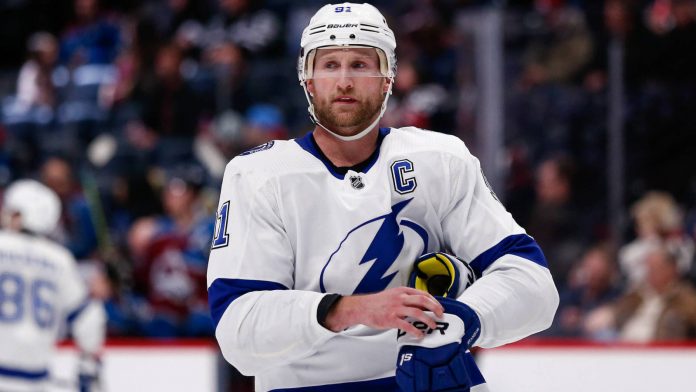 Will the Tampa Bay Lightning look at trading Steven Stamkos?

TSN: It’s no secret that the Lightning have to move upwards of $10 million to be able to re-sign their restricted free agents this off-season.

Tampa Bay Lightning GM Julien BriseBois will talk with other teams to see if a deal can be done in a trade for Steven Stamkos. Stamkos holds the hammer with full no-trade protection. It will also be very difficult to move an $8.5 million cap hit during hockey’s most extraordinary economic times with a frozen cap.

Pierre LeBrun reports the Philadelphia Flyers and the Winnipeg Jets have held discussions over a possible trade that would see winger Patrik Laine on his way to Philadelphia.

Darren Dreger was on TSN 1050 and stated that Nolan Patrick and a 1st round draft pick would have to come back in the trade. Dreger thinks the Jets are looking for a top 4 defenceman rather than a forward to come back in a Laine trade.