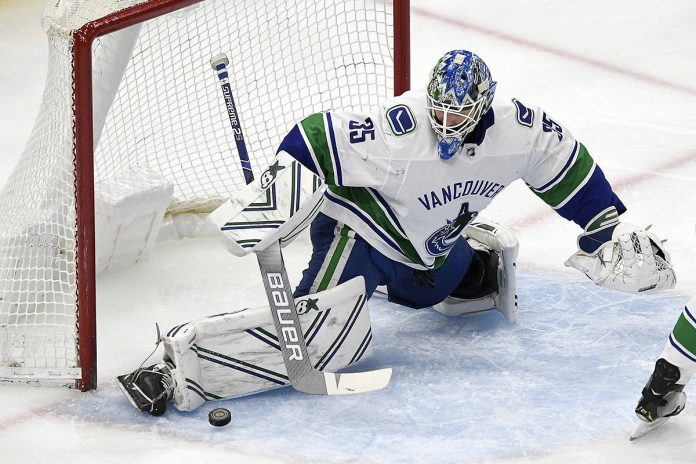 Edmonton Journal: Jim Matheson reports it’s no secret Jacob Markstrom has been at the top of GM Ken Holland’s list for weeks, but it’s the same story with Brad Treliving in Calgary.

If the Flames or Oilers want to sign Markstrom, six years at $6 million annually even if he’s 30, might have to be the play here to get him signed.

“If you want to land a player and he’s in demand, you either have to give longer term than you want or give a higher cap than you want,” said Holland. “If players have multiple teams after them, they can use that leverage to get some length to their contract.”

If Markstrom’s in play, Holland has to have a team he can trade Mikko Koskinen to, along with his $4.5 million cap hit for the next two years.

New York Post: Larry Brooks reports Henrik Lundqvist will have that fresh start beginning Friday when, all hands confirm, he will sign as a free agent with the Washington Capitals in a decision that checks important boxes for the King. He will play for a legit Stanley Cup contender and he will be in close proximity to his family in New York.

Lundqvist will know what is expected of him. The 38-year-old will have a defined role as the backup to 23-year-old Ilya Samsonov, who ascends to the No. 1 job upon the departure of Cup-winning, free-agent Braden Holtby. If he goes three straight without starting, Lundqvist won’t face an inquisition and neither will his coach, Peter Laviolette.