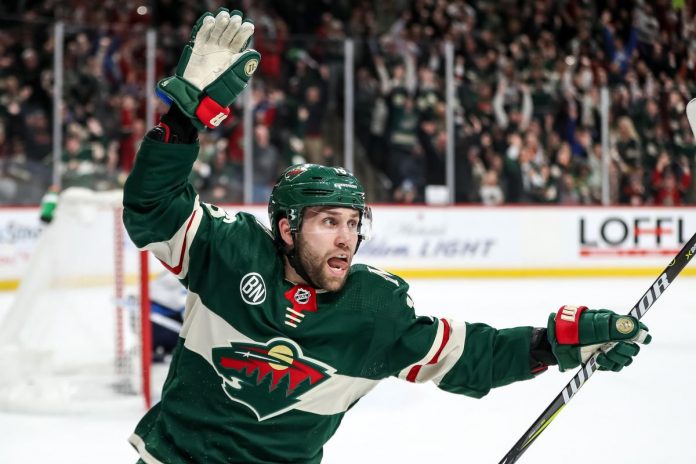 TSN: Jason Zucker was moved to the fourth line during the team’s win over the Vancouver Canucks last week and has remained there. He said after Sunday’s loss to the Colorado Avalanche that he had not received any explanation from head coach Bruce Boudreau for the demotion.

Zucker was close to being dealt to the Calgary Flames at last year’s deadline before a deal fell through, and was part of a reported deal that would have sent him to the Pittsburgh Penguins last summer.

In 45 games this season, Zucker has 14 goals and 29 points. He missed just under a month of action before returning last month due to a fractured right fibula.  Zucker has a 10-team no-trade clause.

TSN: The Ottawa Senators are expected to be active over the next two weeks with 10 pending unrestricted free agents on their roster.

The chances are slim that goaltender Craig Anderson is moved, taking into account his .899 save percentage and $4.75 million cap hit this season.