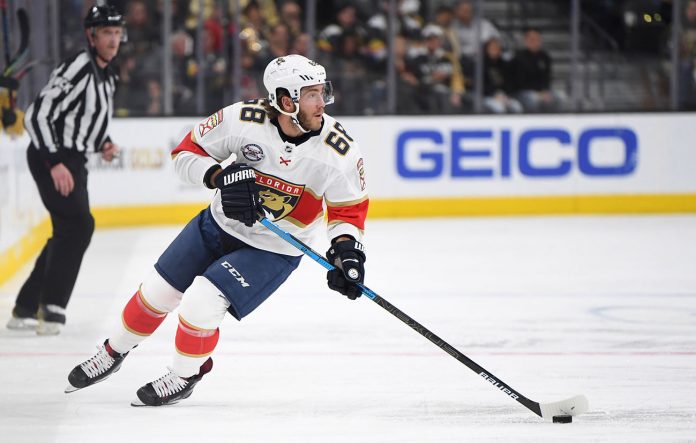 Sportsnet: Mike Hoffman is open to signing a one-year contract and his agent states that there had been interest from as many as 13 clubs. Which teams might be a good fit? Sportsnet’s Elliotte Friedman previously suggested the Montreal Canadiens were interested in Hoffman before signing Tyler Toffoli. Nashville also had interest, and teams like Boston, Carolina and Columbus are looking for more scoring.

Of the teams that ranked in the bottom third of team scoring last year, two stand out: Columbus (ranked 27th) and New Jersey (25th) could obviously use a little help in the goal-scoring department, but the biggest factor is that they can actually afford Hoffman. The Blue Jackets currently have about $9 million in cap space while the Devils have the most of anyone, with $17 million available and a growing crop of exciting young forwards to play with.

According to Sportsnet’s Elliotte Friedman earlier this off-season, Vancouver spoke with Hamonic but Nate Schmidt’s arrival via trade saw those talks break off. Friedman noted that Hamonic would like to stay in the West, despite interest from some Eastern Conference teams (including Philadelphia).