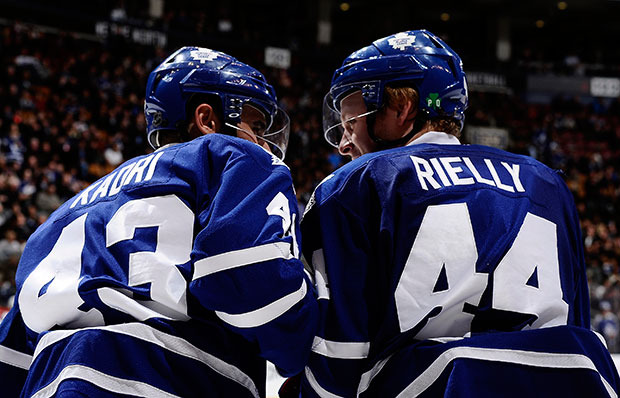 The Fourth Period: The Toronto Maple Leafs remain fairly active in the trade market, exploring all of their options as they attempt to set up multiple trades for later in the season. Only defenseman Morgan Rielly is believed to be untouchable. GM Lou Lamoriello is doing his due diligence and determining who could be a fit for some of his players.

TSN:  Darren Dreger believes Edmonton Oilers GM Peter Chiarelli could trade center Ryan Nugent Hopkins or Jordan Eberle at some point this season to address their need for a top-four defenseman or to get bigger and stronger up front. Dregers says, there’s no timetable on this and it could stretch into next June’s NHL draft.

Tampa Bay Times: With no indication the Tampa Bay Lightning are making progress re-signing Steven Stamkos, Tampa Bay Times writer Joe Smith is getting an eerie feeling this season could be Stamkos’ last in Tampa Bay.  Smith speculates Yzerman is weighing the cost of re-signing Stamkos and its effects in re-signing other key Lightning players over the next couple of years.