The government of Quebec wants an NHL team in Quebec City. Premier François Legault had opened the door to dialogue with the NHL in November, professing an interest in seeing professional hockey return to Quebec City.

Quebec government officials met with NHL Commissioner Gary Bettman yesterday and were given bad news. The NHL told the Quebec government, there is no interest currently from the NHL having a team in Quebec City.

Right now, it looks like the Quebec Nordiques will not be making a come back any time soon. Quebec government officials will be watching the situation closely in Arizona and Calgary.

The Arizona Coyotes need a new arena to play in and the team cannot find a city that wants to build an arena. If Quebec were to be granted another team it would likely be the Coyotes franchise.

The other option is the Calgary Flames moving. The team and city had a deal in place for a new arena in the downtown Calgary core but that has fallen through, leaving ownership to decide if they want to put money into the Calgary Saddledome or possibly move the team. (my money is the city and Flames ownership agreeing to a new deal on a new arena in the downtown core).

If you have ever wondered what the English translation of the Nordiques is in Quebec: It means the Quebec Northerners. The Quebec Nordiques sound so much better, plus their jersey’s are awesome. 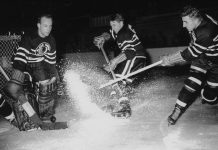 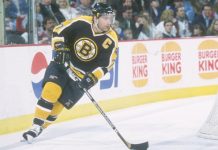 February 1: This Day in NHL History 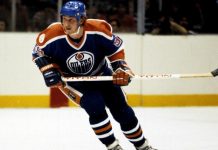 December 17: This Day in NHL History