With the NHL trade deadline behind us and the 2022 NHL playoffs a little over a month away, non playoff teams like the New York Islanders are thinking about the offseason and how they will improve the team.

Kevin Kurz of The Athletic reports with the Isles neither being buyers or sellers at the trade deadline as they were not in the market for rental players and GM Lou Lamoriello could not find a trade partner for an actual “hockey deal”.

Kurz went on to say, Lamoriello will look to make a hockey trade in the offseason where the player will be a fit for now and the future of the team. The Islanders will target defense and scoring in the summer.

Lamoriello was quoted as saying, “We have to see where our players are at, and then, no player is solidified in anything,” Lamoriello said. “Certainly we have core players in our minds … but there might have to be transactions within.” 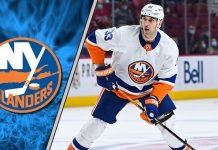 Teams calling the Islanders about a Zdeno Chara trade 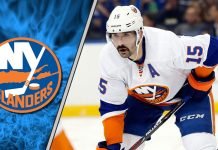