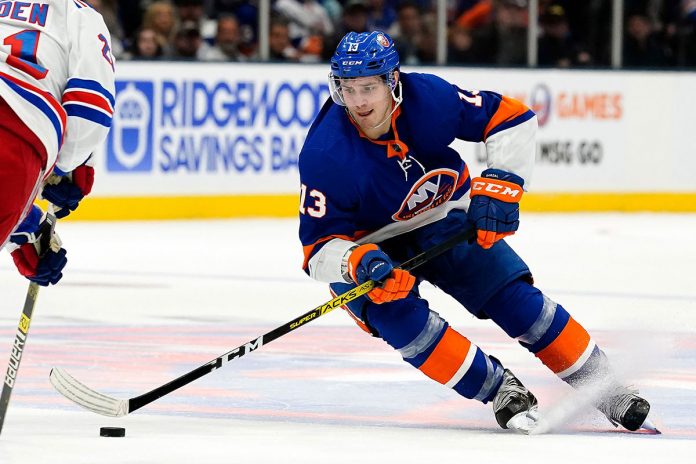 The New York Islanders are trying to sign Mathew Barzal to a bridge deal before the NHL season starts.

The Islanders are one of the teams most hurt by the stagnant salary cap. Had the upper limit risen by the previously anticipated $3 million or so, Mathew Barzal’s second contract wouldn’t have been as much of a concern.

New York is currently projected to have $3.9 million in regular season cap space with newly acquired RFA Dmytro Timashov and Barzal still to sign. Because of this crunch, it seems more likely that Barzal will get a bridge contract than a max-term extension.

A comparable bridge contract would be the one Brayden Point signed with Tampa. Point signed a three-year bridge in September of 2019 to fit under Tampa Bay’s crunch, and that it came with a $6.75 million price tag, you can see how the Islanders will be up against it, and why anything longer would be tough to pull off.

It sure seems that at least one player will have to go from the current roster. There is also a chance that another team could offer sheet Barzal.