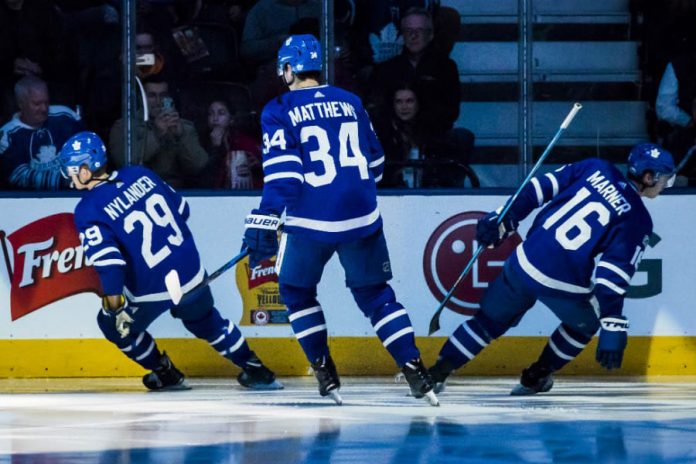 William Nylander said show me the money and the Toronto Maple Leafs paid him after a long hold out. What did the Maple Leafs get for almost $7 million a year? A soft player who refuses to go into the corners, a players who cares more about his hair than hockey. A player who loves to post on Instagram, says he is #blessed, plays 36 holes of golf, while the team is on a 5 game losing streak. You think he cares about winning? He just wants to look good, party, have fun and spend the easy $7 million a year he makes.

Auston Matthews wanted Connor McDavid money because he thought he was Connor McDavid. Instead dumbass GM Kyle Dubas said, hey, we will pay you a million less a year than McDavid, that will make you happy, right?

Mitch Marner can pass and move but what else…

Finally there is the little guy Mitch Marner. He wanted Auston Matthews money because he can play-make. It was John Tavares that got Mitch 94 points.

What do the Leafs have for a almost $10.5 million/year player? A little guy that can make some fancy moves, pass the puck, but will not throw a body check, go into corners. All the opposition has to do is sneeze and Marner will fall over.

Finally, it is all Kyle Dubas’ fault!

The Toronto Maple Leafs GM built the softest team in the league. No one will hit, no one has grit, desire. They just play for themselves, take the money and go home. They are not there to win.

Dumbass, oops I mean Dubas has brought in all the wrong players, given big contracts to players that are so soft, they should be toilet paper. This is not Mike Babcock’s fault. It is Kyle Dubas’ fault for constructing such a soft team and caving in and giving out big contracts that not one player is even earning.

Good luck Toronto Maple Leafs, you are likely to miss the playoffs this year and years to come because of your softness and other teams know it!