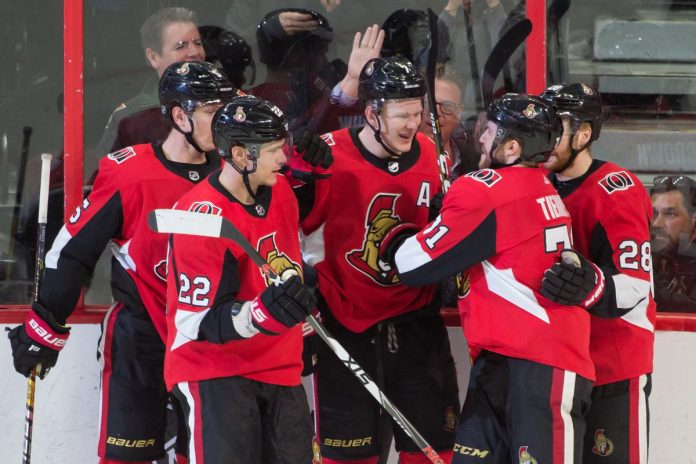 With the Ottawa Senators in complete rebuild mode and with assets acquired last season, they will look to make more trades to stock pile their draft picks for the 2021 NHL entry draft.

Reilly showed he can be a capable puck-moving, offensive defenceman and should get a good amount of ice time and opportunity. That may increase his value around the NHL and the Senators have Christian Wolanin who may be able to take his top-four role and spot on the power play.

The Tampa Bay Lighting are looking to trade Alex Killorn

The Tampa Bay Lightning will be looking to trade Alex Killorn, 31, who scored a career-high 26 goals last season to free up some cap space. With three more years at a manageable $4.45 million cap hit, Tampa could get decent value for Killorn.

NHL cup contending teams with some cap space might be interested. Killorn, with his leadership ability and playoff success, might be a good acquisition for a team closer to the Stanley Cup. But there are rumors that Detroit Red Wings GM Steve Yzerman likes Killorn and would be interested in making a trade to help lead the younger crop of players the Wings have.