The San Jose Sharks have been pretty quiet this offseason. They are looking to retool the team to become a playoff contender again.

NHL Trade Rumors are starting to go around that GM Doug Wilson has let teams know he is looking to trade Evander Kane.

It is being reported that the Sharks could have their hands full this coming season with Kane in the lineup. “Sources indicate significant friction built up between Kane and a number of his teammates last season, frustration that was expressed clearly to management in exit interviews.”

Kane’s contract matches what he can produce, but personally it appears he does not get along with teammates, whether that be in San Jose or his former team Buffalo. Wilson wants to trade him but finding a team to take him on could be tough with his bankruptcy issues, his locker room behavior and his desire to fight YouTubber Jake Paul. 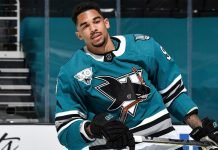 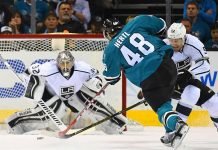 The latest on the Tomas Hertl trade rumors 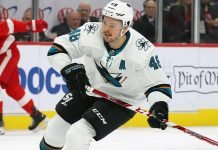