Raffi Torres has undergone surgery to repair a torn ACL in his right knee.

Torres is expected back later this season.

Torres was injured in a collision with Anaheim forward Emerson Etem.

The San Jose Sharks were counting on Torres to provide energy and physical play this year. His acquisition late last season provided a needed spark to the team before he was suspended for the final six playoff games for an illegal hit on Los Angeles forward Jarret Stoll.

The Sharks signed Torres to a three-year, $6 million contract in June. 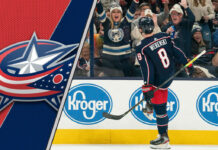