NHL trade rumors going around in the NHL off-season had Jack Roslovic requesting a trade and not signing a contract with the Winnipeg Jets.

Roslovic, 23, is a restricted free agent coming off his entry-level contract and a career-best 12 goals and 17 assists in 71 games last season

The Pittsburgh Penguins have been pretty clear in its interest in Jack Roslovic, who is waiting for a trade from Winnipeg. One source indicated the interest shouldn’t be tied to the Penguins’ slow start to the season. It’s something they’ve looked at for awhile.

Right now it looks like Roslovic’s career is over in Winnipeg and he will be sitting at home until he is traded. 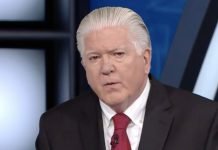 Penguins looking to trade for a forward with size