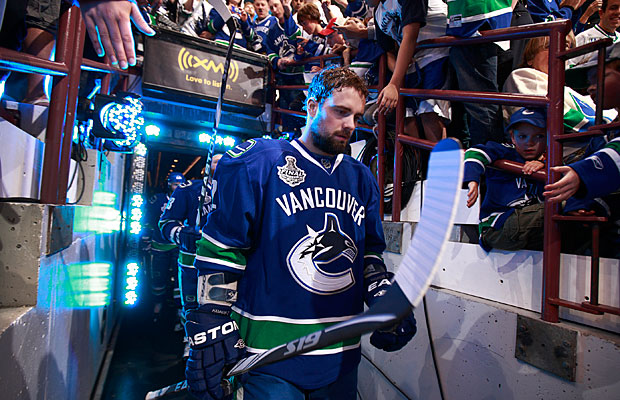 Dan Hamhuis to the Washington Capitals

TSN: The Washington Capitals are looking for some defensive help and Vancouver Canucks defenceman Dan Hamhuis might be a good fit for the team. Hamhuis is in the final year of his deal and would cost the Capitals a pro-rated $700 thousand against the salary cap. The trade would likely cost the Capitals their 2016 1st round pick.

Ottawa Sun: According to Bruce Garrioch, Habs GM Marc Bergevin has been trying to make a trade and is listening to offers for Tomas Fleischmann, Dale Weise and Tom Gilbert, all of whom will be unrestricted free agents at the end of the season.

Sportsnet: It appears that the Winnipeg Jets want to keep Dustin Byfuglien and trade Andrew Ladd. Ladd turned down a 6-year 36 million deal with the Jets at the start of the season. Bruce Garrioch of the Ottawa Sun reports “Three league executives told the Sun Saturday they think Ladd is the one who will get shipped out.”