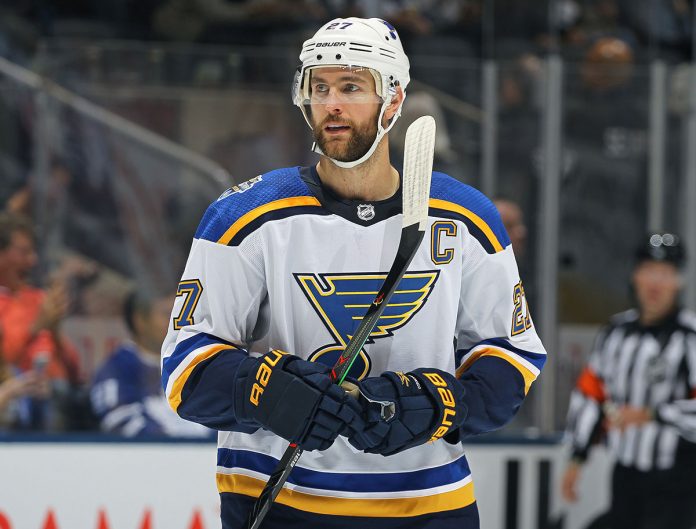 TSN: Frank Seravalli reports there is no doubt that the Arizona Coyotes will be looking to shave salary to fit an internal budget under new GM Bill Armstrong.

The Coyotes and Toronto Maple Leafs jointly paid Phil Kessel a $5 million signing bonus on July 1. That means he is owed just $5.95 million in total in real dollars for the next two seasons. He wasn’t a fit in the desert last season. But surely some teams are thinking that the decline from 92- and 82-point seasons all the way down to 38 last season was far too sharp to be purely physical. A re-energized Phil could be a game changer for a Cup contender.

The Score: With the St. Louis Blues telling Alex Pietrangelo to look at free agency, who will he sign with?

With just over $6 million in cap space, the Toronto Maple Leafs have the least amount of flexibility of any team to crack this list. However, they may also be more desperate for an impact right-handed defenseman than any club in the league.

In order to afford Pietrangelo, who will likely command at least $8 million per season, Leafs general manager Kyle Dubas will have to make changes throughout the lineup. He wouldn’t necessarily need to move someone as important as William Nylander, but fellow forwards Alexander Kerfoot ($3.5 million) and Andreas Johnsson ($3.4 million).

Other teams interesting in Pietrangelo would be the Boston Bruins, Calgary Flames, Colorado Avalanche & Edmonton Oilers.