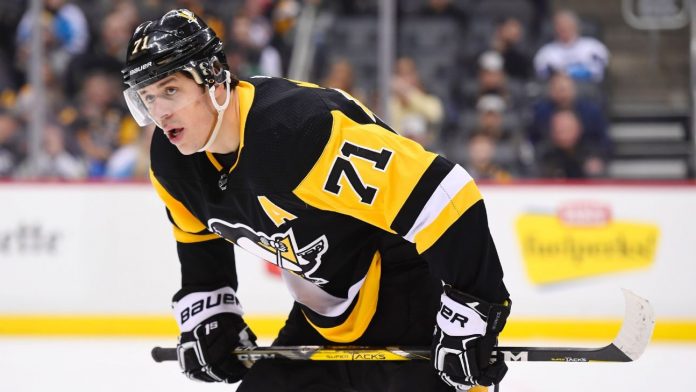 Will the Pittsburgh Penguins make some trades?

TSN: Bob McKenzie reports with Evgeni Malkin out the next four-to-six weeks and that’s a huge loss and there’s no way that Jim Rutherford, the general manager in Pittsburgh, can go out and trade for a player or bring anybody in who’s going to duplicate what a healthy Malkin would give you.

It doesn’t help that Nick Bjugstad is also another centre who’s out the next four weeks. But there is a situation in Pittsburgh and we’ve known even before those injuries occurred, where the Penguins have nine defencemen. We’ve heard all of the Jack Johnson trade rumours. You could throw Erik Gudbranson’s name in there. Jim Rutherford is trying to move a defenceman.

Now because of those injuries to Bjugstad and Malkin, if it’s possible to move a defenceman and bring back in some short-term help to plug one of those gaps in the middle of the ice, absolutely he would love to do that. But it’s almost got to be dollar-in and dollar-out. And they do have to allow that both Bjugstad and Malkin, as I said, a month to six weeks, they’re both going to be back in the lineup.

TSN: Pierre LeBrun reports Marc Bergevin would like to convince Alex Romanov, who was the top-rated defenceman at the World Jr. Championships last year. A second-round pick in 2018, Marc Bergevin went back there last February to Moscow to spend time with his family and the young player. The family and the player came to Montreal in June to visit the city of Montreal and in early December, Marc Bergevin plans to go back to Moscow and again to do some wooing.

The bottom line is his contract with the KHL expires at the end of the season. He’s going to get an offer from his team there.  Probably for more money. The question is can they convince him to go to Montreal and that would be a big addition in the top-4 for the Montreal Canadiens if they can pull it off.