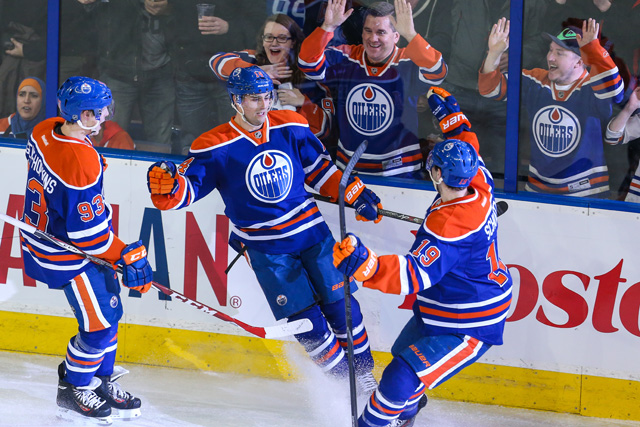 Oilers will make a trade for a defenceman

Edmonton Journal: The Edmonton Oilers will likely make a trade for a defenceman at some point this season. Jim Matheson is reporting the Oilers will trade center Ryan Nugent-Hopkins or maybe deal winger Jordan Eberle to the Anaheim Ducks for blueliner Sami Vatanen. The Oilers will remain linked to New York Islanders blueliner Travis Hamonic, who’s seeking a trade close to his home in Manitoba.

Where will Mike Richards go?

There are rumors going around that the Edmonton Oilers and the San Jose Sharks are interested in Mike Richards. One thing to keep in mind… Interested teams will not touch him until the legal process has run its course. Richards’ next court date is January 28,2016.

Toronto Sun: The Toronto Maple Leafs will most likely trade winger P.A. Parenteau at the 2016 NHL Trade Deadline to a playoff contender. He’s on an affordable one-year deal and is enjoying a bounce-back performance this season.