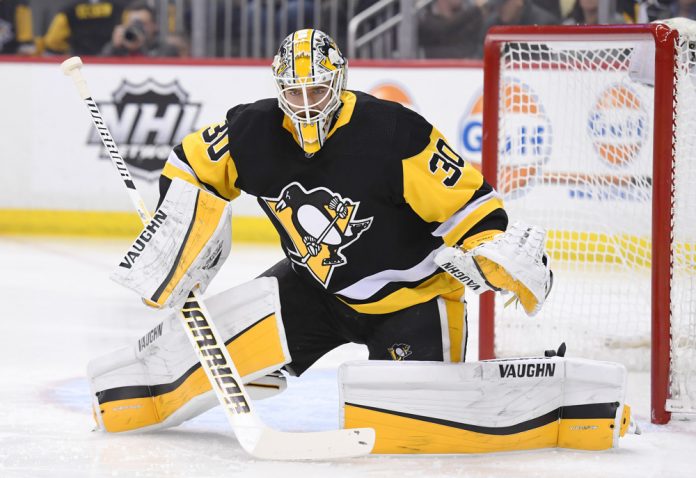 Matt Murray will likely be traded by the Pittsburgh Penguins

Josh Yohe of The Athletic reports the Pittsburgh Penguins are still expected to make some significant changes and while the stress of the early loss against the Montreal Canadiens has died down, general manager Jim Rutherford is actively shopping a couple of players.

Yohe believes Matt Murray is going to be traded. It’s just a matter of time. He believes the Penguins want a first-round pick in return but would settle for less. Because of cap issues, the team is perfectly happy to receive prospects or draft picks for the two-time Stanley Cup-winning goaltender.

Yohe doesn’t expect Kris Letang to be traded even if he’s not considered untouchable and the Penguins might be interested in Chris Taven on the blue line if he hits free agency.

Are the Detroit Red Wings interested in Jacob Markstom?

If Jacob Markstrom can’t get a deal done with the Vancouver Cancuks, the Detroit Red Wings might come calling.

The Red Wings have the money and the need for a starting netminder and could make such a “big pitch” for Markstrom that he has a hard time turning down the extra cash.

If the Red Wings are looking to make a big pitch for Markstrom would they give Markstrom his ask of $6m/year how it would impact others goalies after Robin Lehner signed for $5m in Vegas.