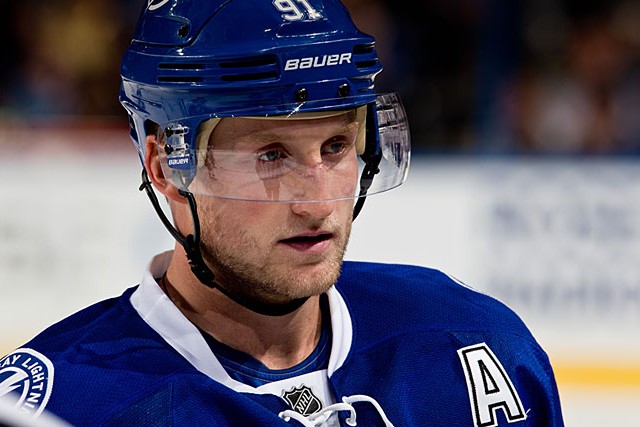 The Score: Evgeni Malkin the two-time Art Ross Trophy winner would reportedly not be opposed to a trade away from the Pittsburgh Penguins with which he has spent his entire career, league sources told Sportsnet’s Elliotte Friedman.

“They’re not trading Crosby, but I will tell you this. There have been rumors about Malkin’s happiness,” Friedman said. “About whether or not he wants to stay”.

Toronto Sun: Steve Simmons wrote a piece on Steven Stamkos. ‘Steven Stamkos clearly not Lightning coach’s favourite’ Stamkos is a free agent come next June. Once upon a time, it seemed far fetched that he would ever leave Tampa Bay. But he’s now playing the wing instead of centre, getting second line minutes for a coach who doesn’t favour him. The narrative has changed. The championship series continues with his ice time now being tracked, second by second. The clock ticks. If Stamkos does not sign a contract extension this summer, let the rumors begin! Leaf fans will eat this up.

Sportsnet: Scott Lewis lists the Anaheim Ducks, Calgary Flames, Dallas Stars, Ottawa Senators, Vancouver Canucks and Winnipeg Jets as six clubs that could move a goalie this summer. It’s been speculated the Ducks could get calls on John Gibson.