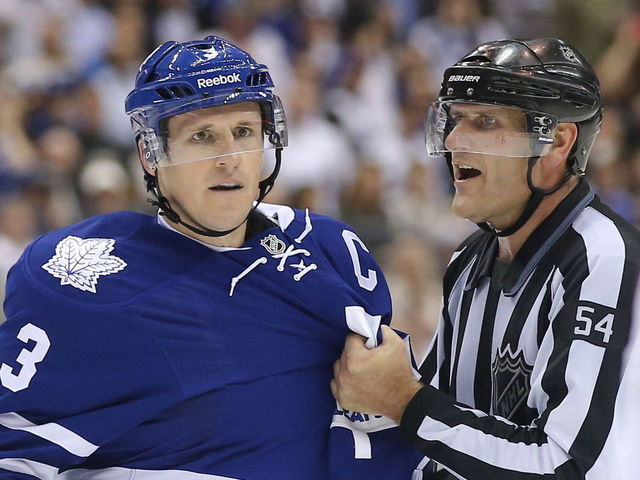 TSN Radio: Darren Dreger was on TSN Radio in Toronto this morning and he mentioned that the Detroit Red Wings are very much interested in Dion Phaneuf, but in order for a trade to happen the Toronto Maple Leafs would have to take a bad contract back in return, which would be the contract of forward Stephen Weiss.

The Province: Vancouver Canucks third-string goalie Jacob Markstrom could become a trade candidate this summer. He notes the Canucks still need draft picks in this year’s NHL draft and believes Markstrom could fetch a third rounder.

“We will make an offer to him and we’ll see if he’s interested, willing to accept what we have for him. If that happens, if he does then obviously there’ll be a change with one of the other two guys,” said Murray.