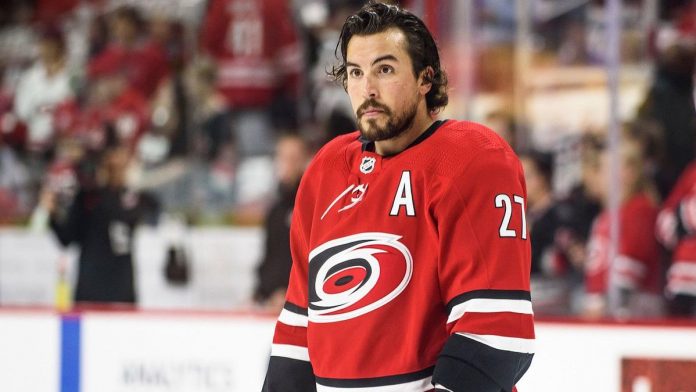 Justin Faulk does not want to be traded

Sportsnet: Elliotte Friedman reports Justin Faulk politely declined an interview request last weekend, but agent Brian Bartlett made it clear his client “has not demanded a trade and does not want to be traded. He’s like any other player in the league right now, focusing on his team. Ninety-nine per cent of the time, these don’t get out into the public. Unfortunately, this one did.”

Bartlett hesitated to call the Anaheim trade completely dead — “you never know what can happen” — but it sure looks that way. He would not comment on negotiations with either the Ducks or Hurricanes. But there haven’t been extension talks in Carolina for some time, and it is believed the ask from the Ducks was in the $6.75-million range.

Calgary and Vancouver looking to make some trades

Sportsnet: Elliotte Friedman states NHL team that are trying to move bodies include the Calgary Flames and Vancouver Canucks.

The Canucks and Flames are tight to the salary cap and roster limits. The Canucks have made four or five players available, but I’m not sure Jake Virtanen is one of them. Head coach Travis Green was frustrated with Nikolay Goldobin last season, but GM Jim Benning opted for a longer view. Could be the same here.

Calgary may have to manoeuvre something once Matthew Tkachuk is signed.