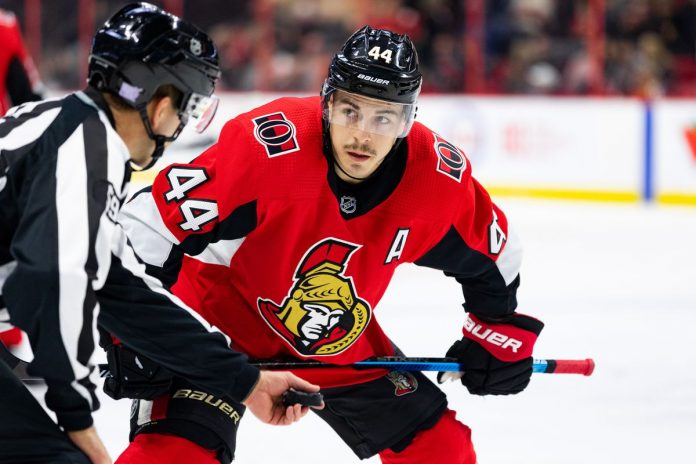 Will the Calgary Flames make a trade for Tyler Toffoli?

TSN: Pierre LeBrun believes the Calgary Flames could pry Tyler Toffoli from the Los Angeles in a deal for a 2020 second-round pick, prospect Adam Ruzicka and a conditional fourth-round pick in 2021. He notes the Kings would have to retain 30 per cent of Toffoli’s expiring $4.6 million cap hit to make the deal work, with the fourth-rounder contingent on Toffoli re-signing in Calgary.

The Flames have been in search of a right-handed top-six forward. Toffoli, 27, has 14 goals and 29 points in 52 games this season with the Kings, who LeBrun believes would be hard pressed to get a first-round pick back in any deal for him. Ruzicka, 20, was a fourth-round pick in 2017 and has seven goals and 15 points in his first AHL season this year.

TSN: Pierre LeBrun wonders if the Ottwa Senators could package pending unrestricted free agents Jean-Gabriel Pageau and Ron Hainsey in a deal with the New York Islanders for a haul that includes a 2020 conditional second-round pick, a conditional third-round pick in 2021 and prospect Kieffer Bellows.

The second-round pick would be elevated to a first if the Islanders advance past the first round of the playoffs, with Pageau playing at least 50 per cent of the games and the third-rounder being elevated to a second in Pageau re-signs in Long Island.

LeBrun notes that the Senators could still end re-signing either or both of Pageau or Hainsey, but both will be on the market if extensions aren’t reached over the next few weeks. He adds the Senators would like a first-round pick for Pageau, but believes all first-rounders traded at this year’s NHL trade deadline could be conditional.

Why did Nazem Kadri not sign with the New York Islanders?