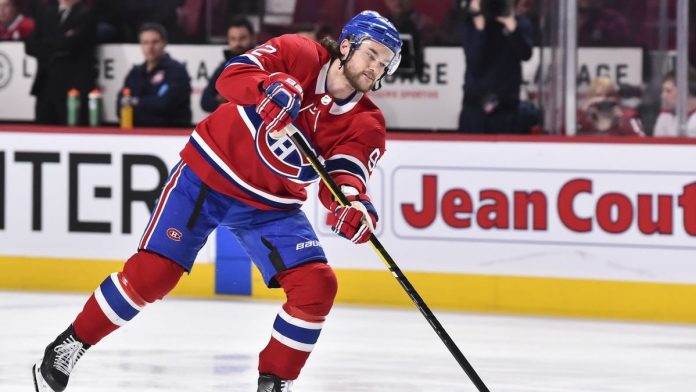 Sportsnet: Elliotte Friedman reports it will come as no surprise to anyone who follows the Montreal Canadiens, but they are looking to move a forward.

Nick Suzuki is pushing to make the team. Even though he was sent Monday night to AHL Laval. Jake Evans is looking like he is close to cracking the Habs lineup. Hopefully Ryan Poehling makes a quick and complete recovery, but even with his injury, they have extra bodies.

Jonathan Drouin played 11:57 in Monday’s 3-0 loss Toronto, lowest among all skaters. Already, this is something to keep an eye on.

Nick Cousins ​​and Charles Hudon are among the other forwards who have been doing well since the start of training camp, but there may be no room for both players with the Canadiens to start the season and one might have to be traded.

Latest on the Anaheim Ducks and LA Kings

Sportsnet: Elliotte Friedman reports the Anaheim Ducks continue to look for a right-shot defenseman. They recently attempted to acquire Justin Faulk from the Carolina Hurricanes but that deal fell through. Faulk was shipped yesterday to the St. Louis Blues.

The Ducks could not turn their attention to the Buffalo Sabres and try to make a trade for Dman Rasmus Ristolainen.

Friendman also states that nothing is imminent as far as I can tell on LA Kings forward Tyler Toffoli, but, he’s another potential UFA and teams know he’s an option to add.

If the Kings are out of playoff contention by the 2020 NHL trade deadline and he has not signed an extension, expect Toffoli to be traded.