Mikhail Grabovski has been placed on unconditional waivers by the Toronto Maple Leafs for the purpose of buying out his contract.

Grabovski, 29, just finished playing out the first year of a five-year contract averaging $5.5 million a season.

In 48 games with the Leafs last season, he scored just nine goals and seven assists. 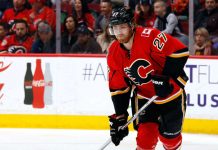