The Philadelphia Flyers have aquired the rights to defenceman Mark Streit from the New York Islanders for minor-league forward Shane Harper and a fourth-round pick in 2014.

Streit has 65 goals and 288 points in 491 regular-season NHL games, and is a sharp, left-handed shot from the blue line that is much-needed as Philadelphia reshapes its roster.

Streit, though, is scheduled to become an unrestricted free agent on July 5, meaning he can sign anywhere. But the Flyers now own his rights until then, and can negotiate a new deal with him exclusively until that time.

Streit made $4.1 million this season with the Islanders, and had six goals and 27 points. 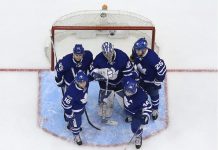 What will the Toronto Maple Leafs do this summer? 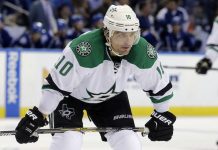