1950 – “Sid Abel Night” was held in Detroit. Abel was presented with many gifts including a new car. He then scored a goal in the Red Wings’ 2-2 tie against Montreal.

1968 – Norm Ullman scored a goal and added two assists in his first game as a member of the Maple Leafs, after his trade from Detroit. Leafs won 7-2 over the Flyers in Toronto.

1996 – Chris Osgood became the third goalie in NHL history to score a goal, as the Red Wings won 4-2 against the Whalers at Hartford. Osgood shot the puck into an empty net.

1997 – Phoenix’s Mike Gartner scored twice in 5-0 win over Tampa Bay. It gave him 30 goals for a NHL-record setting 17th time in his career. 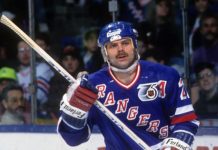 January 23: This Day in NHL History 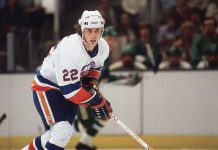 January 17: This Day in NHL History 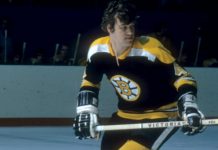 January 4: This Day in NHL History