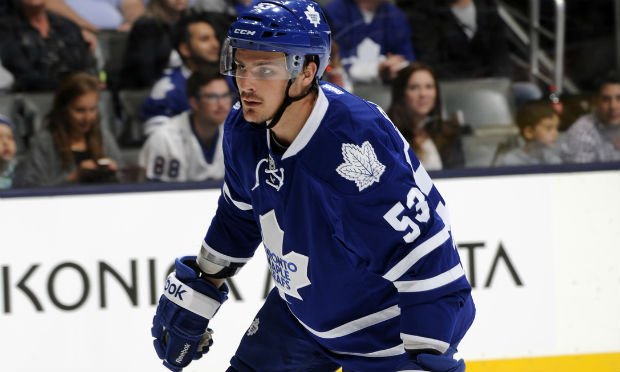 Carrick, a fifth round pick in 2010, had two points with the Leafs in a checking role. In two full seasons with the Marlies, he had 62 points and more than 100 penalty minutes each year.