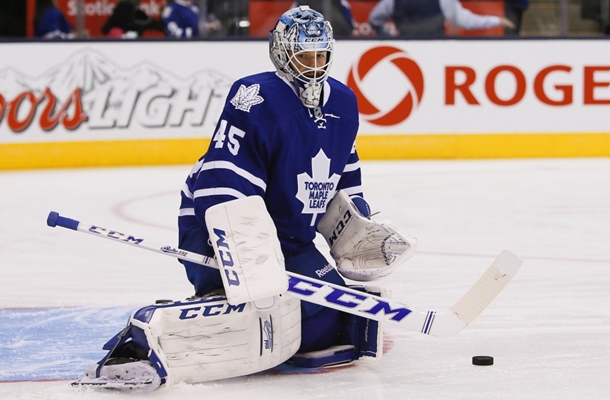 The Toronto Maple Leafs do not appear to be overly confident with James Reimer and Jonathan Bernier and are quietly contacting teams for a new No.1.

As first reported by Nick Kypreos during Hockey Night in Canada broadcast, the Leafs are concerned over the performances of Bernier and Reimer and are looking for a new starting goalie.

Kypreos noted that he doesn’t expect the Leafs to go after someone like Carolina Hurricanes netminder Cam Ward, who is in the final year of his contract, but we could see Leafs GM Lou Lamoriello try to complete a significant move for a new goalie.

A trade is unlikely to happen until after Christmas, but if the right deal did come along, Lamoriello would make a move now.