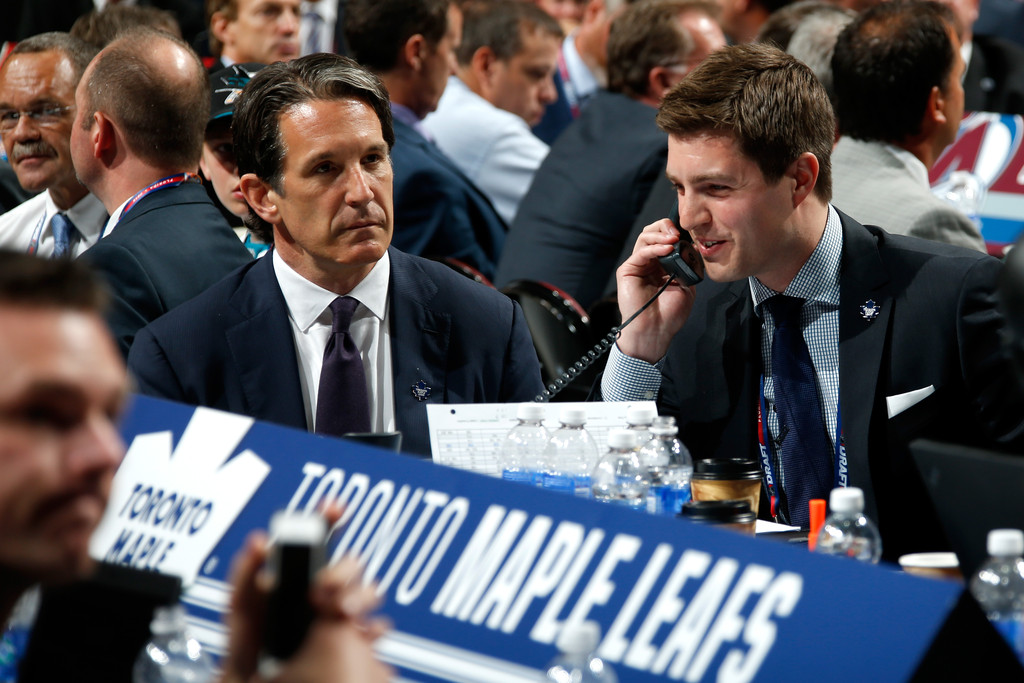 The Toronto Maple Leafs were willing to deal the 4th overall pick at the 2015 NHL entry draft. This tells Leaf fans the team was not satisfied with Mitch Marner. Did the Leafs make a mistake drafting Marner and not taking Noah Hanifin?

If the Arizona Coyotes didn’t take Hanifin, the Leafs were interested in moving away from the Mitch Marner selection in order to move back with the Columbus Blue Jackets, according to a video released on Jackets TV.

GM Jarmo Kekalainen, confident that they can draft Zach Werenski, who he says is “so close” with Noah Hanifin, at eighth overall, decides not to make the move.

View the video below:

For the latest hockey trade rumors and news see the homepage.