The Toronto Maple Leafs took a risk in signing Alex Galchenyuk last season and it paid off as Glachenyuk fit in great with John Tavares and William Nylander.

Luke Fox of Sportsnet is reporting Glachenyuk is exploring his options. Toronto has yet to close the door (at least publicly) on a return, and even the team that drafted Galchenyuk (Montreal) is said to have some level of interest in a reunion.

NHL trade rumors also have the New Jersey Devils interested in Galchenyuk if they fail finding a top-6 scorer in free agency or through trade.

His last contract was one year at $1.05 million. Would he take that again? 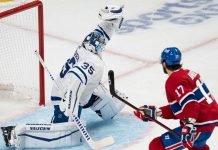 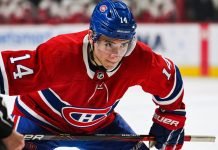