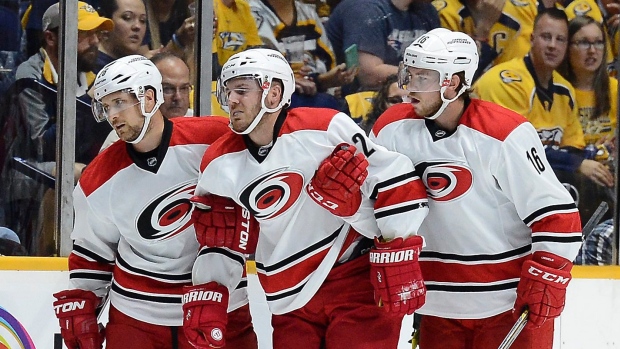 Anyone who has Carolina Hurricanes d-man James Wisniewski in their hockey pool is already down a player for the year.  Wisniewski’s season could be over after suffering a torn ACL against the Nashville Predators.

Wisniewski, 31, was acquired from the Anaheim Ducks in June in exchange for goaltender Anton Khudobin. He skated just 47 seconds in his Hurricanes debut before suffering the injury in his left knee. His recovery time is set at six months.