Home NHL News Heading To Your First NHL Game? Here’s How To Prepare 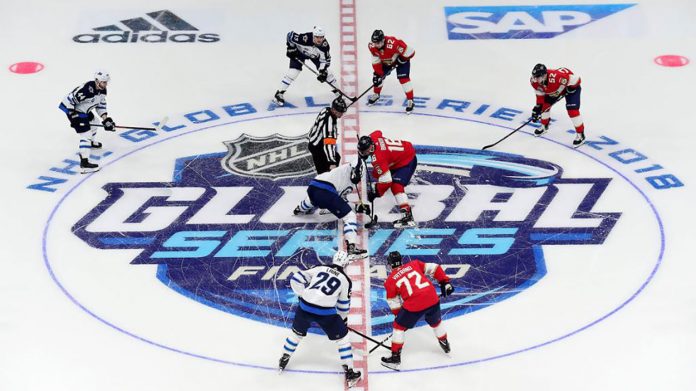 Every fan starts somewhere, and very few of us are into every single sport from a young age. Perhaps you’ve always been more of a football or basketball fan, for example, and have yet to truly break into the world of the NHL. But now, perhaps you’ve made new friends who are more into the intense and fast-paced game that is ice hockey, and you’re starting to feel out of your depth. There’s no shame in being the newbie, of course. As we mentioned before, we all have to start somewhere. But if you’ve been invited to your first NHL game, the chances are you’re planning to develop at least a basic understanding of the game and the customs of being a hockey fan. Or perhaps you’re not a sports fan at all and have never bothered to go to a sporting event in your life. Whichever category you fall into, this guide has you covered and will help you to prepare for this brand-new experience.

Learn The Basics
Your first step when planning to head to your first ever hockey game is to understand exactly how the game works. Of course, you don’t need to go in-depth to learn about different tactics like a “1-3-1 power play” or “shorting the zone.” You simply need to understand how the game is played on a basic level and what teams need to do to score and win. Understanding some of the basic rules of ice hockey will help you to simply enjoy your first experience without it feeling like a chore. The most important thing for you is to sit back and enjoy the game, but you’ll struggle to do this if you aren’t sure what is going on.

Get To Grips With The Teams
Similarly to learning the rules of the game, you might want to do some research on the teams that will be competing. Of course, you probably want to get on board with the team your friends are supporting. Don’t be that guy that chooses to root for the opposition to “make things interesting.” Just like most other sports fans, hockey fans can feel a huge attachment to their teams, and as you don’t really have any attachments, it would be sporting to support the same team. If you’re lucky enough to live in a city or state that is home to one of the 32 pro NHL teams, then the chances are you’ll be supporting one of them. Otherwise, your friends might be supporting a team from a neighboring state or a team from their hometown instead. Either way, you should learn a bit about this team, including some players and their corresponding numbers, as well as some general facts about the team too, especially their current form.

Plan Your Travel
Depending on how far you are from the stadium, you might be on the road for a few hours, and traffic can always become an issue the closer you get to a big game. Plan for this and aim to arrive as early as possible so that you can make up for any delays and hopefully not miss the start of the game. Of course, this depends entirely on the game you’re going to see, as well as the location. Some stadiums have much better transport networks around their stadiums, making both getting there and finding somewhere to park significantly easier than others. At the same time, if it’s not a hugely important game, the chances are there will be fewer fans turning up and, therefore, less congestion on the roads.

Be Prepared For Any Delays
If you’re a passenger, you might want to prepare for these long waits with some distractions. This could be the perfect time to do a bit more research or even place a bet on the game with the aid of that new knowledge. There are loads of sites where you can bet on upcoming games to make things more interesting, and you can find many gambling sites that offer welcome bonuses, too, whether that’s for betting sites or even online slots casinos too. Whatever you can do to pass the time and beat the monotony of being stuck in traffic is going to make things much better.

Dress Appropriately
If there’s one major mistake that some people make when going to their first ice hockey game, it’s not dressing appropriately. And by this, we mean it can get pretty cold. You might not think about a big indoor stadium filled with thousands of fans getting cold, but that big layer of ice right in the center of the room acts as one giant AC unit. Even if you’re not sitting too close to the rink, you’ll still benefit from having a few extra layers with you, just in case. In fact, you’ll often find plenty of fans wearing hats, gloves, and scarves too. The last thing you want is to be stuck there for the next two hours shivering and wishing that you’d at least brought your coat.

Adhere To These Unwritten Rules
As with all sporting events, there are a number of unwritten rules that everyone should follow to ensure that everybody has the best experience possible. A lot of these rules are adhered to predominantly to avoid interfering with the viewing experience of other fans, reducing the risks of any disagreements. As well as this, some of the rules are intended to show respect for the players and the game, such as not staring at your phone the whole time. Follow these hockey fan etiquette rules when watching the game to ensure that you’re not going to be upsetting anyone around you. For example, if you’re sitting close to the glass, try to avoid standing as it can obscure the view of any action near the boards for people behind you. And if you’re lucky enough to catch a rogue hockey puck that lands in the crowd, consider giving it to any unlucky kids that didn’t get the chance to catch it. Trust us; it’ll net you a good amount of respect from the rest of the crowd. 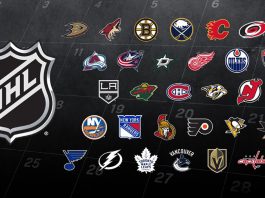 A Beginner’s Guide to NHL betting in PA sportsbooks

7 most important factors to consider in NHL betting 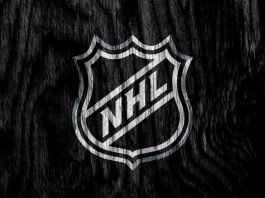 A Look at the Top 5 Best Sportsbooks for Wagering on...