Drew Miller of the Detroit Red Wings really didn’t want to leave and find out what he was worth on the market.

Fortunately for him, the Red Wings wanted the defensive-minded, penalty-killing forward back. Miller confirmed he has agreed to a three-year, $4.05 million contract to stay in Detroit.

“I’m really happy the deal got done,” he said in an interview with The Associated Press. “I wanted to stay because I feel like I’ve become one of the key parts of the team.”

Detroit claimed Miller off waivers on Nov. 11, 2009, after he played 14 games for the Tampa Bay Lightning. He signed one- and two-year deals in 2010 and 2011 to remain with the Red Wings, and was thrilled they wanted him back with a longer-term contract. 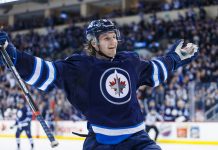 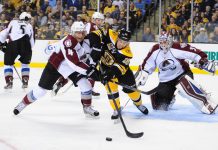