The Oilers made the announcement at a news conference Rexall Place in Edmonton.

“We are not where we want to be right now, or where we should be. We feel strongly we make changes right now,” said Oilers’ president of hockey operations Kevin Lowe.  “We need to get better immediately. That starts today with this announcement.”

The Oilers are currently eight points out of a playoff spot with seven games remaining and a record of 16-18-7.

MacTavish, who stepped down as head coach of the Oilers four years ago to the day, was named the new general manager while former Columbus Blue Jackets general manager Scott Howson takes over MacTavish’s role as senior vice president of hockey operations. 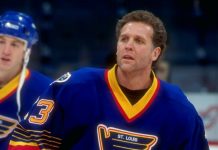 November 9: This Day in NHL History

August 15: This Day in NHL History 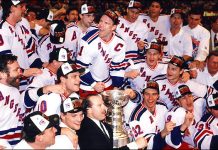 June 14: This Day in NHL History